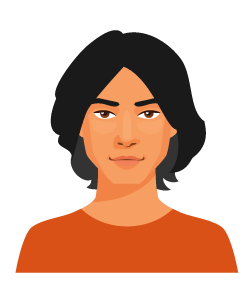 If you have children, you know how hard it is to convince him or her to brush and floss on a regular basis. My children rebelled against the idea in their early years. Letting their dental hygiene slide was not an option. Without proper care, they were at risk for toothaches and much more. Even their permanent teeth could be impacted if they did not develop good dental hygiene habits now. After talking to other parents and my dentist, I created this blog to share the information I learned. The blog contains real tips that actually work so that you can safeguard your child's dental health.

Gum disease, also called periodontal disease, occurs as a result of improper brushing and flossing, or not seeing your dentist often enough. It is one of the most common causes of tooth loss among adults, as the decay can quickly lead to loose teeth. The bacteria in your mouth can turn into plaque, which turns into gum disease if it is not removed quickly. There are treatments for gum disease, so it is best to catch it as early as possible. Here are the top warning signs that you are developing gum disease.

Believe it or not, it is not normal for your gums to bleed every time you floss them. If you notice that your gums are bleeding after brushing or flossing your teeth, it is an early warning sign that you need to see your dentist as you might have gum disease. People with healthy gums do not experience bleeding unless they accidentally cut them or they floss too hard. Gentle brushing and flossing does not cause healthy gums to bleed.

Your Gums Appear Red and Swollen

A good visual test for gum disease is looking at how they look. Healthy gums look firm and very light pink, while gums with gum disease are red and swollen. They might also feel tender to the touch. Look at your gums in the mirror and run a finger over them gently. If they feel swollen or you notice they look redder than how they used to look, you might have early stages of gum disease.

There is Pus Coming Out of Your Gums

As gum disease progresses, pus from the added bacteria may leak out of the gums. You may either taste the pus or see it. If you press gently on your gums, and see pus come out of the gums or between your teeth, this is a sign that the gum disease is progressing. The pus is often colorless, but it is noticeable by having a slightly bitter taste. If you are someone who always happens to have a bad taste in their mouth, it is another sign that you have gum disease.

Your Gums Look Separated From the Teeth

Another common sign to look for is if the gums are not only swollen, but look like they are starting to pull away from the teeth. This is due to plaque and tartar getting stuck deep down in the gum pockets between the gums and the teeth, which causes them to look like they are pulling away from your teeth. It is also a sign that your teeth are starting to shift and loosen, which can happen with later stages of gum disease when it is not treated properly. Contact a company like Family First Dentistry LLC for more information.